Well it's vacation time, so why not some evening fishing?
First fish of the evening... 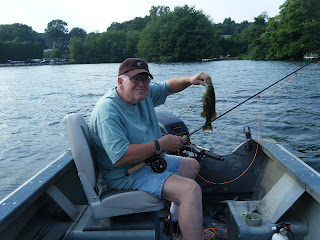 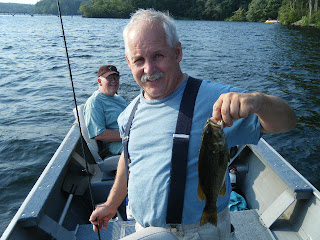 This was Ed's first trip out with us, and I believe his first time trolling flies with a fly rod, and a few hours later, Ed was very happy he made the trip down to join us.
Posted by Sportsman Matt at Wednesday, July 20, 2011 No comments:

And I rode 1093 miles yesterday in under 24 hours.
I left at 2AM from my home in Charlton MA, rode to Sutton MA to the ATM, then over Central Turnpike back to 395 south, to 95 South to Milford CT, turned around, rode up 91 to 89, stopped to pay respects to my maternal grandfather and great grandfather and great grandfather's brother, then off to Swanton VT for maple syrup, then over backroads to Orleans VT. From there took 91 South to St Johnsbury, then route 2 across VT, NH, to Palmyra ME, where I got back on 95 North to Bangor ME, then turned around and rode back to Blackstone MA.
One hell of a ride on the Big Ruckus. 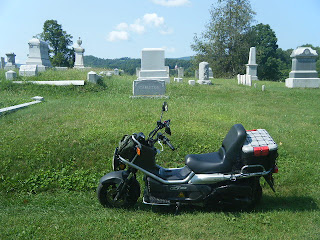 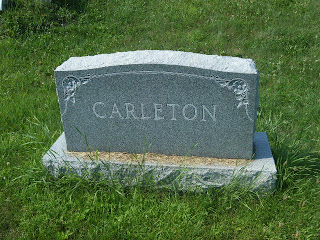 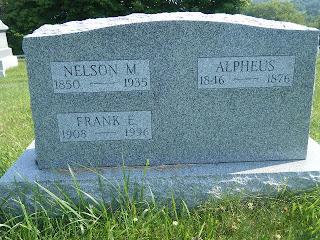 A little background on Frank Carleton, he was a Vermont farm boy, who became a trucker back before interstate highways, and then settled down to become owner of a heating oil company.
He was an old school sportsman, fishing fresh and salt water, hunting for deer and fowl back in the pre war and post war prime of hunting, where it was skill and luck rather than fancy gadgets to make a productive day.

Posted by Sportsman Matt at Wednesday, July 20, 2011 No comments:

Trip to Singletary this morning..... 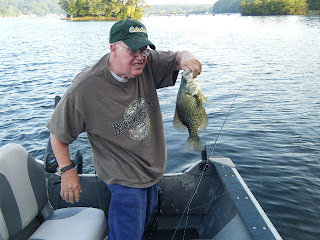 Well we hit the water at 6am, and had some smallmouth action, but near a weeded area, dad hooked this nice Crappie.... 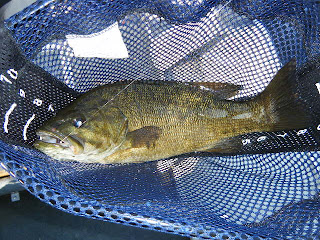 And to make the old fella feel good, I let him have a picture with my 16" smallmouth before releasing it back to the lake...... 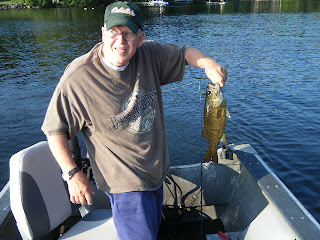 So I've been lax in blogging lately, mainly due to several things. First to occupy my time is work, then my family, my girlfriend, my fleet of vehicles, working on my father's house, then last but not least, fishing.

OK, Fishing should be up there, and it is at times, so keeping with the timelines of things....

First I finished rebuilding the little red scooter and got it tested and reliable as you can get with chinese technology.

Then in April I completed the Motorcycle Safety Foundation (MSF) Basic Rider Course. This enabled me to get my motorcycle license without taking a separate road test with a State Trooper at the RMV, and I get an additional 10% off on my motorcycle insurance. I have to say that if you do proceed with a motorcycle license, take the MSF course. I took mine in Gardner MA at the SM Motorcycle School. Two days and you'll be riding safely and confident.

Now May 1st was the Kids Fishing Derby at the Orange Gun Club in Orange MA, a day of chaos and free hot dogs. Holly took 2 nice brookies, Cassie took 1 brookie, neither was large enough for a trophy, but they ate plenty and had fun, which is what it's all about at the club.

May 8th, fished the Millers, took plenty of Browns, nice part was getting there at 6AM, and not a soul showed up until after 9AM, so my father and I had the whole stretch of the Bearsden to ourselves.

May 14-16th I flew down to Tampa Florida. Definately not my place to be, had fun at the wedding Saturday night, Sunday was a waste of a day, and back in Boston MA by 11AM Monday morning. Would I do it again, maybe depending on the accomidations and itinerary.

May 21st was the MA-RI Council of Trout Unlimited's Spring Meeting, cookout, and fishing weekend. because of a scheduling screw up, instead of Indian Hollow, it was at Trout Brook in Holden MA. Cast a few flies before work, but it wasn't as good as Indian Hollow.

May 22nd, East Branch of the Westfield, fished from the Gorge downriver to the beaver pool. Plenty of Rainbows, Browns, Brookies, and Atlantic Salmon parr action even with fast water and spinning gear, as the fly gear was useless, drifts were upstream 30 feet to downstream 50 feet in less than 3 seconds, far too fast.

May 30th, left for Pittsburg NH, trailer in tow, and caught plenty of browns, rainbows, brookies, and landlocked Atlantic Salmon over 5 days. Stopped at National Powersports and test sat on a couple Royal Enfield motorcycles, one which will be the new exploration vehicle next year.

June 19th, went out on Lake Singletary again, caught a couple smallmouth, and had a tank malfunction, namely a hole in the bottom of the poly tank, had to come back in on electric power only, new tank ordered later in the week as old tank was 15 years old.

June 26th, went out early in the morning fishing with my father on Singletary, trolling flies, and took a nice 14" Largemouth bass, along with a few large Crappies in the 12-13" range and a surprise, White Perch in a 12-13" range. Plenty of fish, and plenty of fun that morning.

June 27th, last night off for awhile, went to see Bad Teacher at the movies with Audrey. I laughed through it, and look at it as it was an ok movie, then went to dinner at Uno's afterward.

July 3rd, went to the movies to see Larry Crowne. Definately a good movie, could used better writing, but worth watching. then went to work, working straight from June 28th to July 10th, gotta love OT!
Posted by Sportsman Matt at Saturday, July 09, 2011 No comments:

Yes folks, I'm back. I've been busy, and despite all the weather in the North East, I've been holding my own so far.

Now unveiling my new ride for this season...... 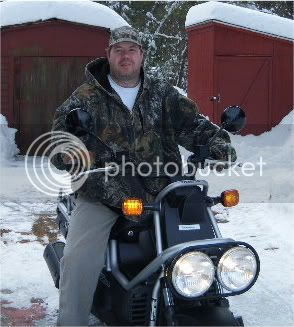 It also means that because of it's size, a Motorcycle license is required. Also has to be registered as a Motorcycle.

On the positive, it weighs in at 389 pounds, can be manhandled if needed, and of all the scooters out there, this is the one that's designed for offroad riding. 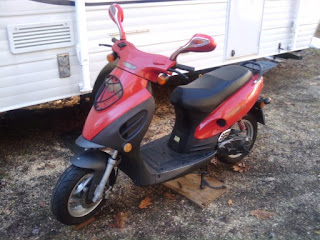 Something I picked up off Craigslist 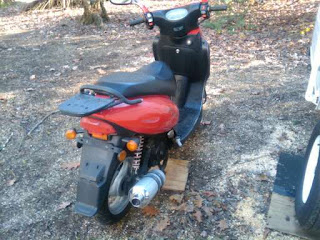 Posted by Sportsman Matt at Monday, November 08, 2010 No comments:

Trout of the Swift River

For those wondering where I've been last month, here's what I've been chasing. 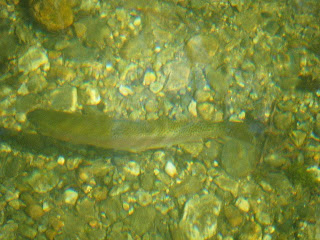 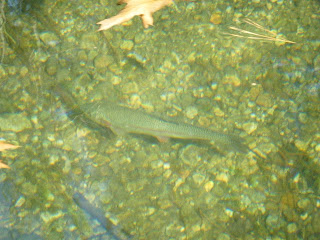 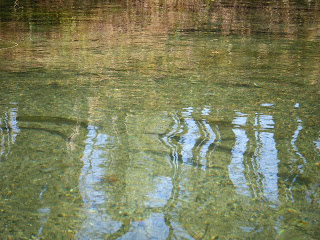 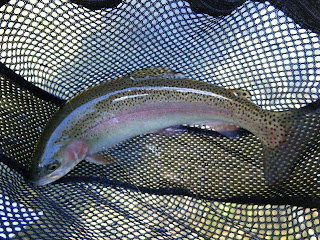 Sportsman Matt
An avid outdoorsman, enjoying all types of fishing, hunting, camping, and the outdoors.